The ACP is proud to formally announce our continued cooperation with Tradewise Gibraltar Chess Festvial.
Four wildcard places have been secured for the ACP Premium Members in the 2015 Tradewise Masters, the players receiving special invitations by virtue of their results in this year's ACP Tours. The players are: Alexander Motylev, Dmitry Jakovenko, Lela Javakhishvili, and Salome Melia.
In addition, for the third year running a special prize will be awarded to the highest-placed ACP Premium Member who doesn't win any regular or category prize in the Masters tournament . The amount of the prize will match the amount of the last regular prize paid in the main tournament, for a sum not exceeding 1000 pounds. In 2013 this prize was won by GM Le Quang Liem, while in 2014 the winner was GM Surya Ganguly.
On behalf of the ACP Board I'd like to thank the organizers of Tradewise Gibraltar Chess Festvial, and we are looking forward to strengthening this cooperation in the future. 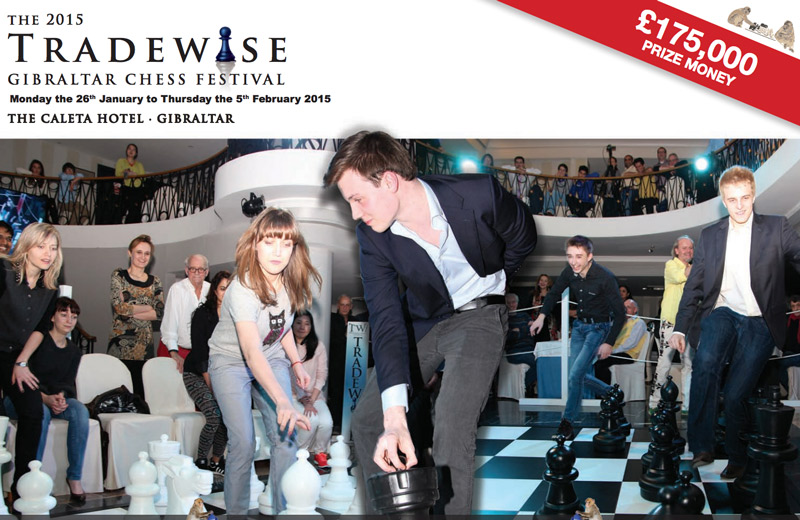