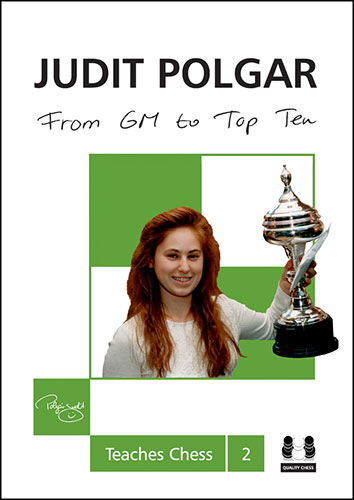 Judit Polgar's From GM to Top Ten, published by Quality Chess is awarded as the ACP Book of the Year 2014. From GM to Top Ten received the highest number of votes from the ACP members, who could choose out of 8 books nominated by the leading chess publishing houses of the world. A majority of the votes were cast for From GM to Top Ten, followed by runner up Study Chess with Tal and Pump up your Rating. The contest took place between April 18 and April 30 on the ACP website.

The 2014 Book of the Year award followed on the success of its first two editions, in 2012 jointly won by Mark Dvoretsky and John Nunn and in 2013 won by Jacob Aagaard's Grandmaster Preparation - Calculation. The ACP Board wishes to congratulate author Judit Polgar and publisher Quality Chess on their success against such an exquisite field of contenders.