Tournament of the Year 2016 Results

The ACP is pleased to present the results of the Tournament of the Year 2016 contest. This year we had a total of 528 votes.
In a year when an Olympiad is staged it is difficult to compete with this global festival and especially if it is so well-organised as in Baku. Therefore it does not come as a surprise that the Baku Olympiad was overwhelmingly voted as the Best Official Event and the Best Tournament Overall. Hearty congratulations to the organisers and all who helped in staging this remarkable event!
According to our members the best Round-Robin in the past year was the Tata Steel tournament in Wijk aan Zee. As in last year’s voting, our members again favoured the 14-player all-play-all, which was won convincingly by Magnus Carlsen. Second place went to the Sinquefield Cup in St. Louis and shared 3rd were the Gashimov Memorial in Shamkir and the London Chess Classic. Here are the complete results: 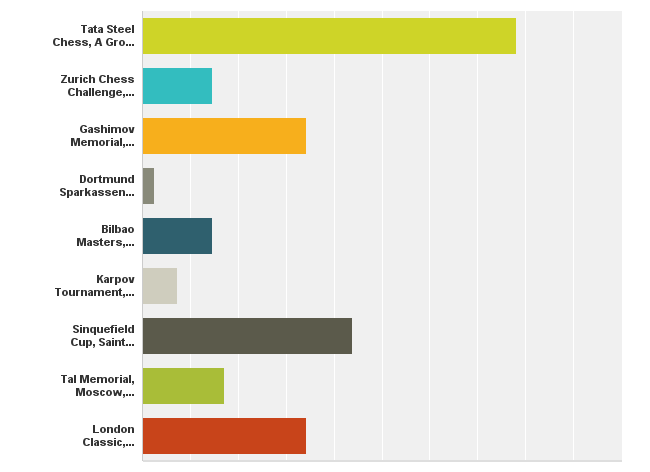 The Official Events category was comfortably won by the Baku Olympiad, followed by the World Championship match in New York and the European Club Cup in Novi Sad. It is worth noting that almost all voters (97.67%) decided to place the Baku Olympiad among their top 3 choices! 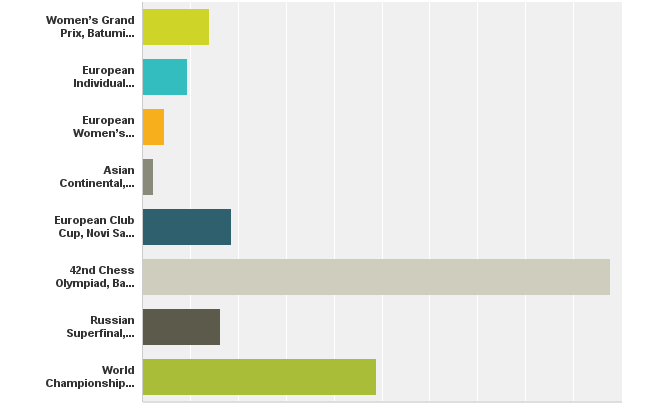 The category of Open Events is always closely contested. But the winner was again the Tradewise Gibraltar event, followed by the Isle of Man Chess.com Masters and the Reykjavik Open. The slight surprise is the rise in popularity of the Isle of Man Masters – last year it barely got a few votes! 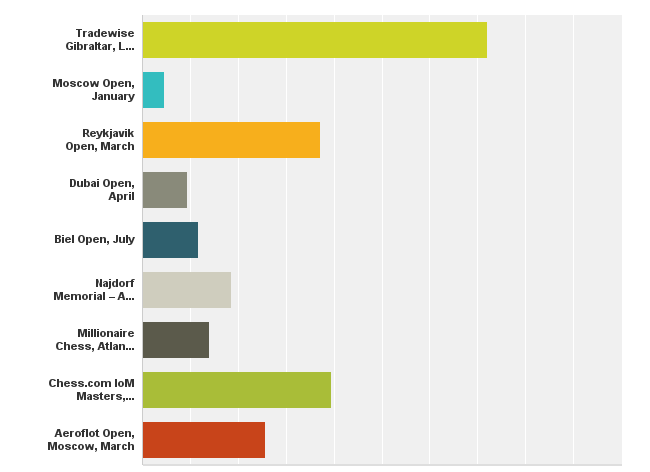 The Rapid/Blitz category was dominated by the official World Rapid and Blitz in Doha, but the Grand Chess Tour in Paris certainly deserved its place on the podium with its excellent organisation. Worth noting is ACP’s own Keres Memorial – ACP Open which finished third, only 3 votes behind Paris ! 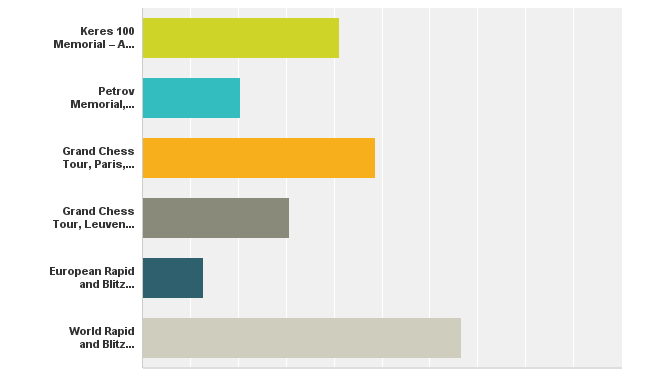 The Overall category was won by the Baku Olympiad, in our members’ view clearly the best event of 2016. Shared second and third were the mighty traditional Tata Steel Chess and the excellent ever-improving Tradewise Gibraltar Open. Congratulations to the organisers!

We would like to thank all the participants for taking time to cast their votes – at ACP we strive to improve the world of chess by considering the opinions of our members and we can only know them when you tell them to us. This is very important and we will continue to work in this direction in the future.