Chess alive by the Dead Sea

The "Gideon Japhet Cup" ended in Jerusalem on Friday, July 6th. Grandmaster Ian Nepomniachtchi slipped into the lead in the double-round rapid tournament finishing ahead by a full point over four other protagonists with equally well-known names: Peter Svidler (Russia), Vassily Ivanchuk (Ukraine), Boris Gelfand (Israel) and Georg Meier (Germany) finished with 5 points each. The Ukrainian Anna Muzychuk came sixth with 4.0 / 10. In the parallel open Arkadij Naiditsch won with 6.0 / 7 in front of five players with 5½ points respectively. | Pictured: Gelfand and Ivanchuk relax after the tournament | Photo: Ritvo Photography 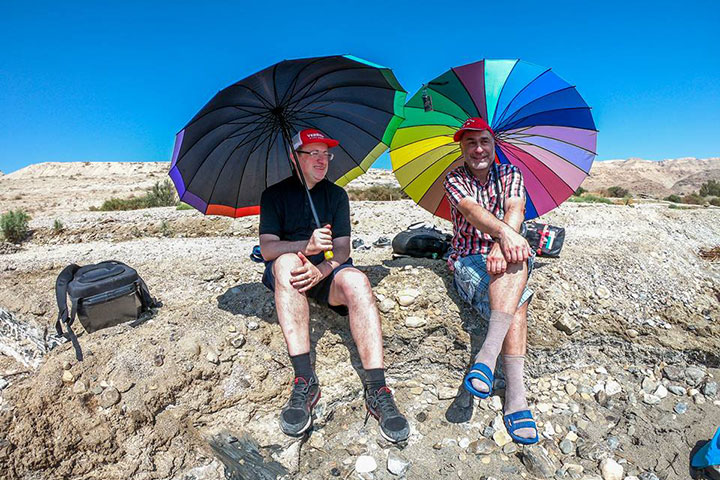 The fourth edition of the biennial tournament in memory of Gideon Japhet — a lawyer, Jerusalem man and an avid lover of chess and sports — was concluded on Friday at the Lerner Sports Centre of the Hebrew University on Mount Scopus in Jerusalem. The event was organized by the capital’s chess club Jeruchess in collaboration with the Association of Chess Professionals (ACP) under the auspices and the generous sponsorship of the Japhet family.